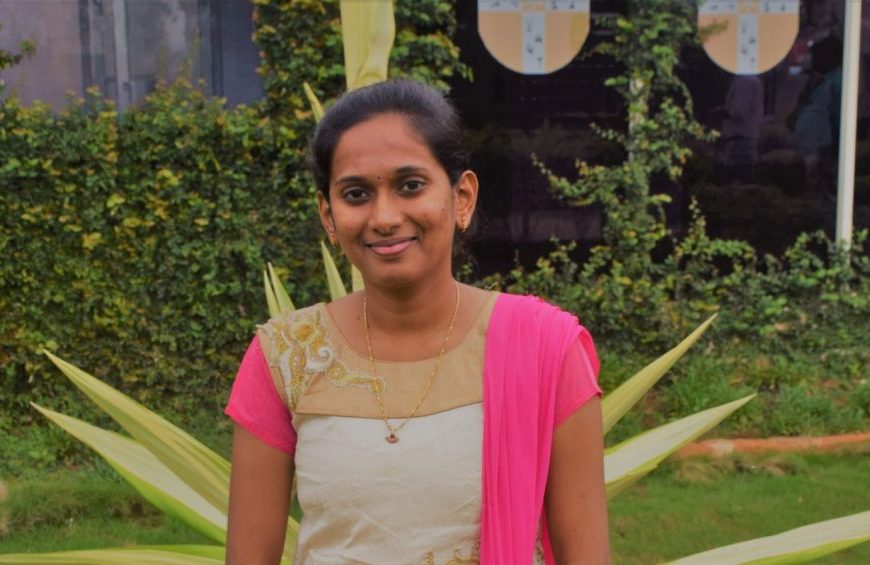 On a sunny afternoon when Bupur Swetha left her home-town Ananthapura in Andhra Pradesh and took a train to Bangalore, little did she know that three years she will be on a scholarship to study MSc at Ben Gurion University, Israel. Bupur has been granted a specialization project in Epigenetics and Molecular Bilogy for her MSc.
Getting admission in Ben Gurion University, Israel has been a journey of learning and constant hard work for Bupur. As a BSc Agriculture student from University of Research Applied Innovation Technology (URAIT), Bangalore, she has some great experiences to share.
She shares, “I was still wondering which career path to take when I took admission at URAIT in BSc Agriculture.” Without doubt, that decision of hers today has given her life and career a new turn.
Constantly motivated by her teachers at URAIT, her interest for agriculture study grew stronger every semester. She soon discovered that the study of agriculture is not just the study of cultivation or agronomy. It is the study of Earth. Bupur soon found the link between earth, agriculture and how every aspect of the economy is finally dependent on Mother Earth. It was this realisation that gave her an emotional connect with her studies for three years.
In her own words, ‘ Being here at the University cleared my career confusion. But to stand out in this competitive world, I knew I needed an edge.’
She lauds a part of her success to her professors who made the study of agriculture interesting. After taking classes here at URAIT, she knew which career path to pursue. “My teachers contributed a lot to my development by giving the right guidance and helping to bring out the best version of me.”
“Professors in my department were easily reachable for any clarification. They regularly conducted many exams for us in the model of JRF (ICAR). We were made to write general agriculture exams every week.”
The journey so far has been truly amazing experience for Bupur. It wasn’t only her faculties that made her transition to become a successful student a smooth one. She describes the entire community of students at the University as extremely motivated too.

Appointment
Admission Enquiry
We are Hiring
NEED ADMISSIONS HELP ?
Wecome To URAIT
The team typically replies in a few minutes.